A Guru is born 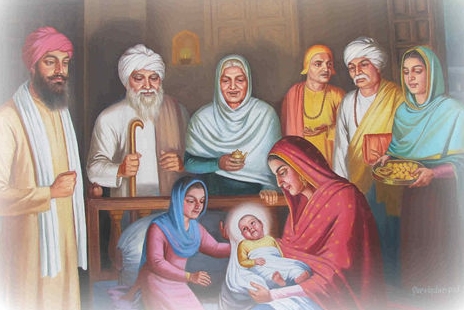 In a Punjabi village in 1469, Guru Nanak was born into a Khatri family—the ruling and military elite class of the region. As a child, he studied both Hinduism and Islam, focusing often on questions of spirituality and purpose. He married a woman named Mata Sulakkhani and became a father to two sons, living an ordinary working life until the day that changed his—and millions of others’—lives forever. While bathing in a river alongside a friend, Nanak vanished. Having accepted the worst, his friends and family couldn’t believe their eyes when three days later Nanak returned and shared a revelation. “There is neither Hindu nor Muslim,” he said, “only man,” meaning that in the eyes of our Creator, we are all one.