Citizenship is denied for WWI Sergeant 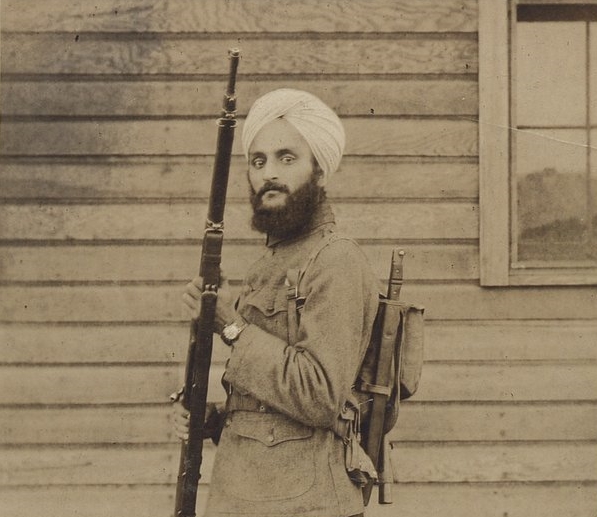 Bhagat Singh Thind immigrated to the United States to attend university, and soon after was recruited to fight for America in World War I. During the war, he was promoted to the rank of Acting Sergeant, and eventually received an honorable discharge in 1918 with his character described as “excellent.” When Thind applied for American citizenship, it was initially granted. But just days later, his citizenship was repealed by the Immigration and Naturalization Service. His case eventually reached the US Supreme Court, where it was ruled that individuals of Indian descent were not eligible for US citizenship. This landmark decision dashed the dreams of Indian immigrants across America.