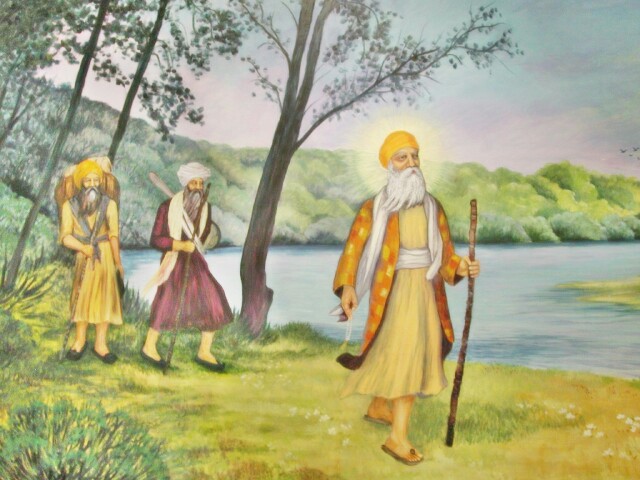 Guru Nanak began sharing what he had learned from God during this spiritual revelation—that living a moral, truth-seeking life is how we grow closer to God—not through complex religious rituals or social constructs that serve to divide us. Guru Nanak renounced his caste, encouraging people of all backgrounds to break bread together. He began traveling great distances to much of the known world—from Sri Lanka to Tibet and many lands between—to share divine messages of equality and women’s rights. He emphasized God as one creator, and discouraged rampant superstition and ritualism, explaining that one must draw closer to God by serving others. As he grew older, Nanak returned home to live a humble life alongside his followers from diverse faith backgrounds who called him Guru, teacher. He founded and nurtured a growing spiritual community, Kartarpur, in Punjab during the last decade of his life. A visionary, feminist, and innovator, Guru Nanak stood up for the rights of people on the fringes and dark corners of society, advocating that there was divine light in all.