Sikhism originated in Northern India and is the world’s fifth-largest organized religion. We stand for freedom of religion, community service, and equality for all.

Many Sikhs can be identified by our five articles of faith—most noticeably the turban—which expresses our commitment to upholding Sikh values. In the United States, 99% of the individuals you see wearing the turban are Sikhs.

Sikhs have lived in America for more than 150 years. We helped build the Transcontinental Railroad, served valiantly in every major world war, stood at the forefront of civil rights struggles, and were among the first responders on 9/11.

Now, we are sharing our story.

Freedom. Equality. Acceptance of all. We are dedicated to serving our neighbors, giving back to the community, and standing against injustice wherever it exists. 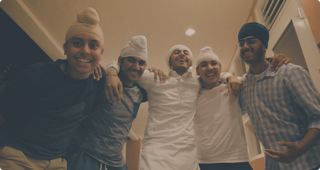 Whether it’s wearing a turban or serving meals in our gurdwaras, Sikh traditions connect us to our cultural roots. 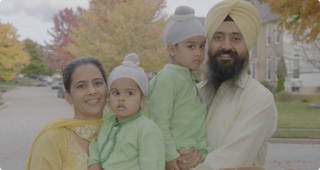 Sikh immigrants first came to America in 1899 – learn how their contributions still affect us all.