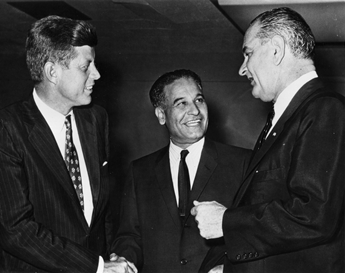 A ray of hope during a bleak time for Sikhs in America was Dalip Singh Saund, a man who pursued the American dream with vigor. Inspired by the writings of Abraham Lincoln and Woodrow Wilson, Saund left home in rural India to study at the University of California at age 21. Though he initially planned to return home after a few years, Saund stayed and earned a PhD in mathematics, took on leadership roles in the lettuce farming industry, and became a social activist. In the 1940s, he helped convince the US Congress to pass the Luce-Celler Act, granting naturalization rights to Indian immigrants.

A groundbreaker in many ways, Saund was elected in 1956 as the first Indian American Member of Congress, not long after becoming a citizen himself. While his election represented a key victory for Sikhs in America, it also brought to light the stigma Sikhs still faced. Saund’s Campaign Manager, Dr. Amarjit Singh Marwah, had to hide during campaign events because he wore a turban.