Spanning from Guru Nanak’s founding of Sikhism in the late fifteenth century to Guru Gobind Singh’s formation of the Khalsa in the early 1700s, ten living Sikh served as teachers on Earth, guiding followers in drawing nearer to God. Contributions made by the shaped the modern Sikh religion and resulted in progressive, long-lasting impacts on society as a whole. The final, eternal Sikh Guru is the Guru Granth Sahib. The wisdom and teachings of all can be accessed by anyone at any time in this Sikh holy book. 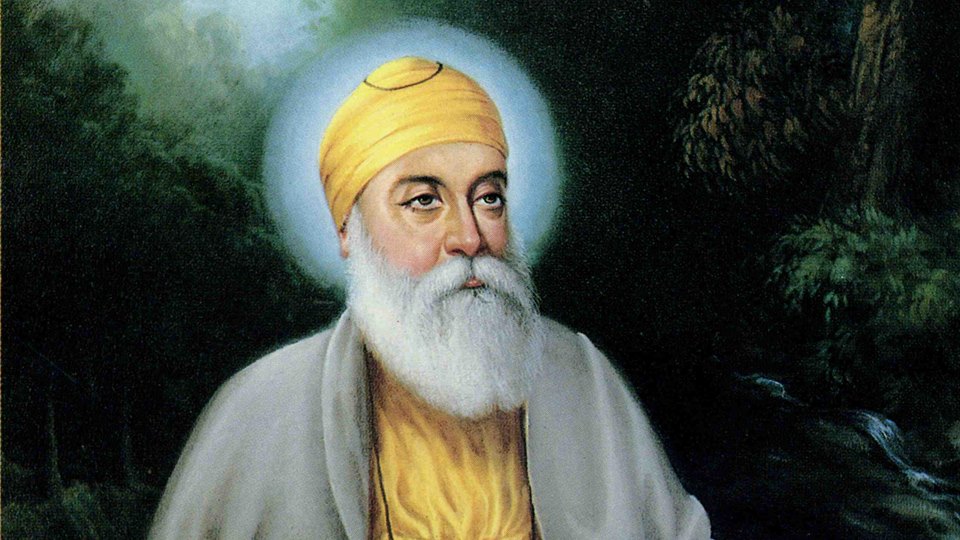 Guru Nanak was a pioneer of his time, advocating for gender equality, social justice, and religious freedom amid the oppressive social restrictions of the day. Following a life-changing spiritual journey as a young man, Guru Nanak renounced his caste and family’s wealth, encouraging people of all backgrounds to break bread together. He traveled to far-off lands to share messages of social equality, service to others, and oneness with God. As he grew older, Nanak returned home to live a humble life alongside his followers from diverse faith backgrounds who called him Guru, or “teacher.” 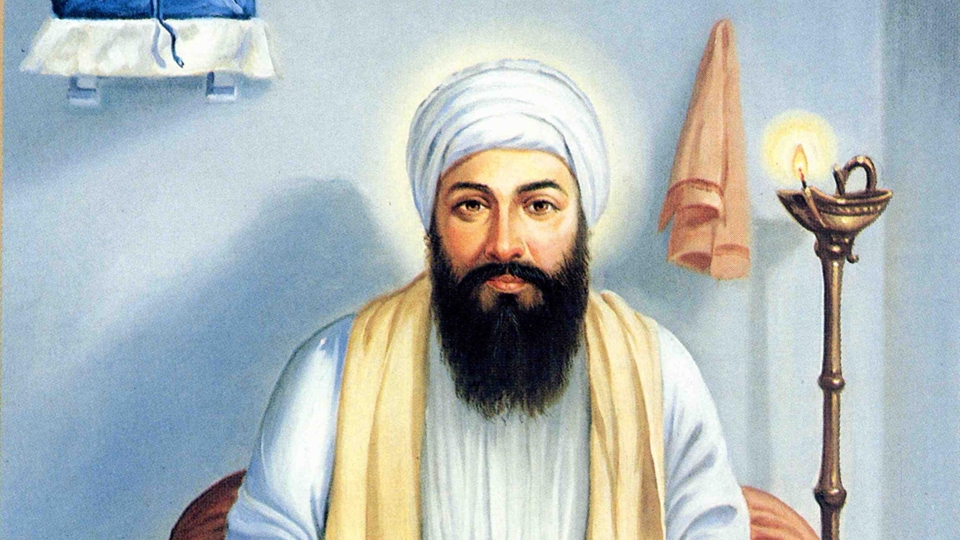 As Guru Nanank neared the end of his life, he announced Guru Angad as his successor, chosen for his loyal faith and strong work ethic. Guru Nanak bestowed him the name Angad, meaning “limb” of Guru Nanak. As the second Sikh Guru, Angad developed the written form of the Pubjabi language that is the basis of the Sikh holy scripture still in use today. Guru Angad was an advocate for education and built several schools for Sikh children to learn to read and write. He authored the first biography of Guru Nanak and followed his teachings with fierce dedication. 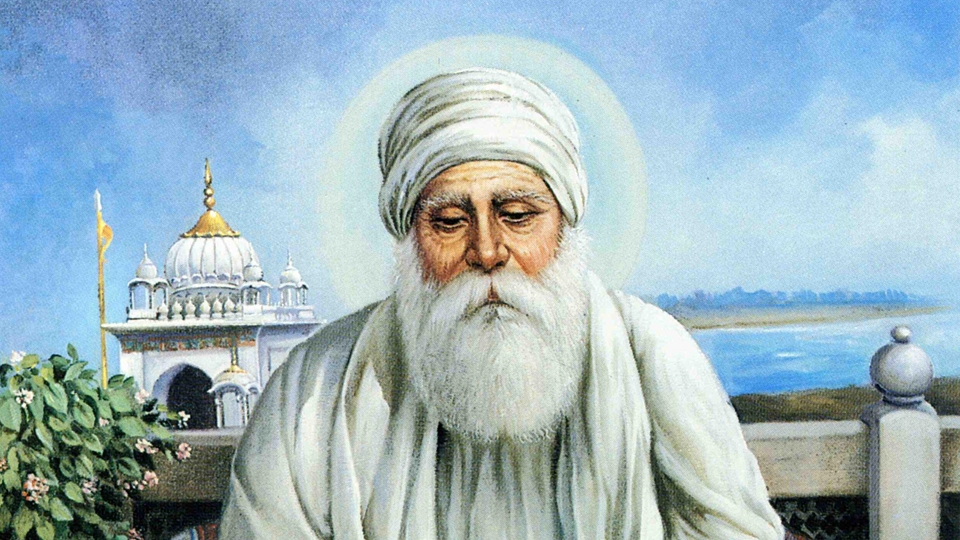 Guru Amar Das was a strong advocate for social justice and cultural reform. Building on the foundation laid by the first two , Guru Amar Das reinforced the ritual of langar, or “free kitchen,” which invited followers of all castes to take meals together side-by-side. This radical idea increased cohesion among Sikhs and shattered centuries-old stigmas of the lowest classes as ‘untouchables’. Guru Amar Das also fought persistently for the rights and safety of women. He banned the treacherous cultural practice of widow burning, which required widows to cremate themselves along with their husband when their husband passed way. Guru Amar Das encouraged widows to remarry, which, at the time, was very controversial.  So that women could fully participate in society, Guru Amar Das also called for the abolishment of purdah, a practice which required women to hide their faces behind veils. 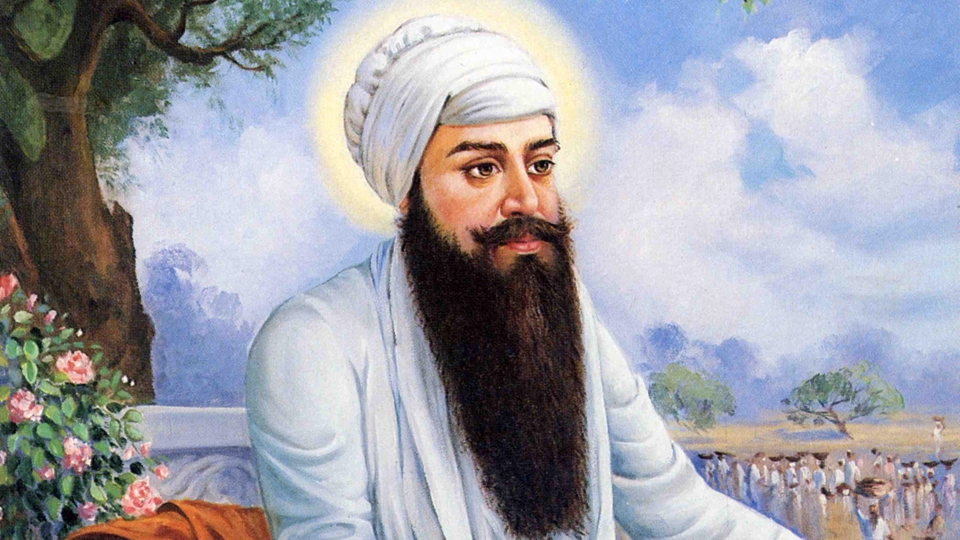 An industrious Guru committed to bringing people together, Guru Ram Das founded the Sikh holy city of Amritstar, where he began the construction of the famed Golden Temple. The temple was built with openings on each side to emphasize the Sikh belief that God is accessible to all people, from all directions and backgrounds, at any time. In addition to the magnificent structures he left behind, Guru Ram Das highlighted the importance of voluntary community service and authored the stanzas in the Sikh holy book used during marriage ceremonies today. 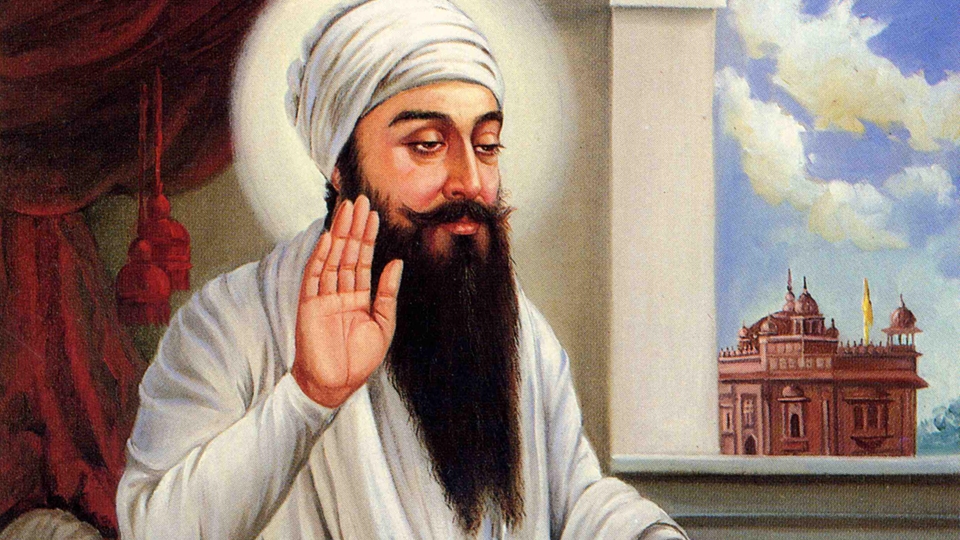 The youngest son of Guru Ram Das, Guru Arjan Dev compiled the Adi Granth, the first official book of Sikh scriptures. In the spirit of openness and understanding, he included wisdom from non-Sikh religious leaders in the book, such as spiritual teachers from Hindu and Muslim backgrounds alongside the stanzas of Sikh . Guru Arjan Dev also oversaw the completion of the Golden Temple, a legacy left behind by his father. Due to the rising popularity of Guru Arjan and Sikhism in India, he was seen as a threat by the rulers of India and he was executed by  the Emperor of India, becoming the first Sikh martyr. 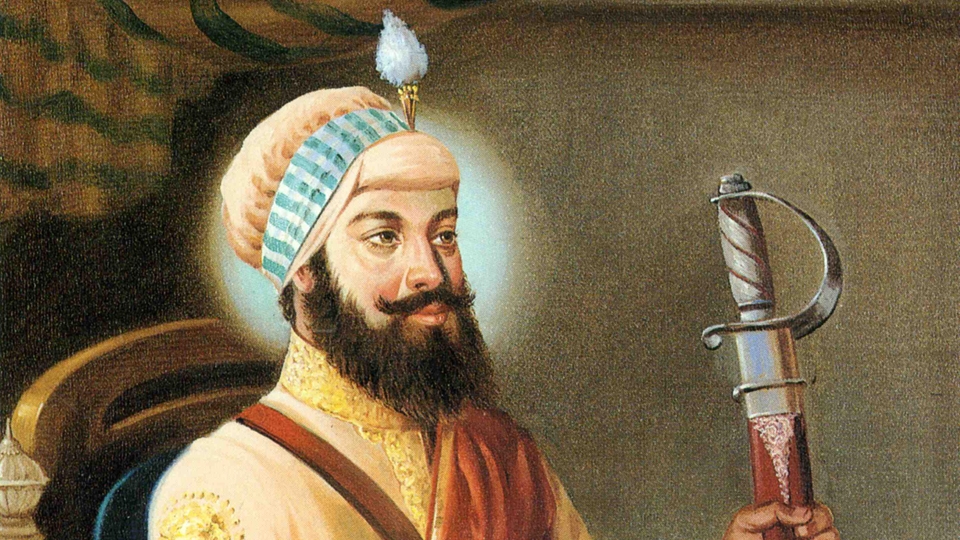 Following the martyrdom of Guru Arjan Dev, Guru Har Gobind taught Sikh followers that they must be prepared to fight for the rights of the oppressed and downtrodden. Guru Har Gobind emphasized the concept of miri piri, the combination of earthly power and spiritual power, by wearing two symbolic swords. He trained Sikhs in martial arts and sword fighting, and led several victories of justice during his lifetime, including the release of 52 Hindu kings who had been taken as prisoners by the government. 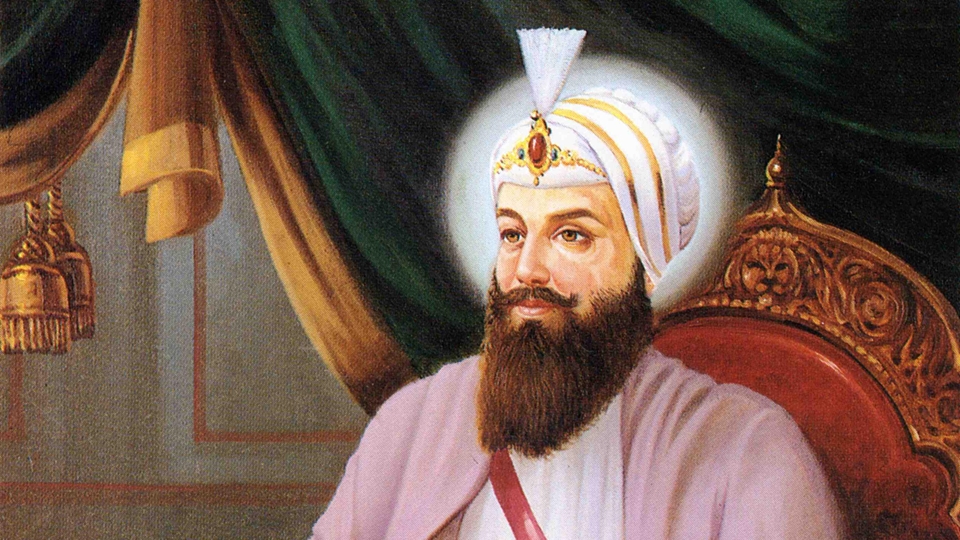 The grandson of Guru Har Gobind, Guru Har Rai was a peaceful, contemplative leader. He spent much of his time in reflective meditation, avoiding conflict and channeling his energy toward serving others. He became an expert in holistic medicine and treated the sick with effective herbal remedies. Though Guru Har Rai didn’t engage in battle himself, he advocated for the importance of the Sikh soldiers his grandfather had organized years earlier. 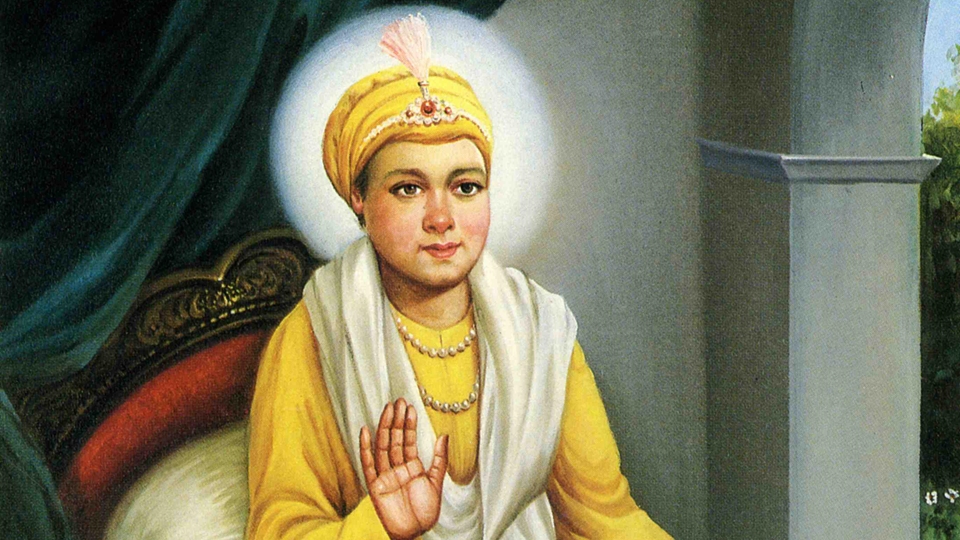 Though he was the youngest of the Sikh , Guru Har Krishnan quickly impressed Sikhs and non-Sikhs alike with his spiritual wisdom and selfless dedication to society’s outcasts. Local Muslims called him Bala Pir, or child prophet, for his pureness of heart in serving and healing those afflicted by the smallpox epidemic in Delhi. At the age of 13, Guru Har Krishan succumbed to the disease from which he had spent his short life protecting others against. 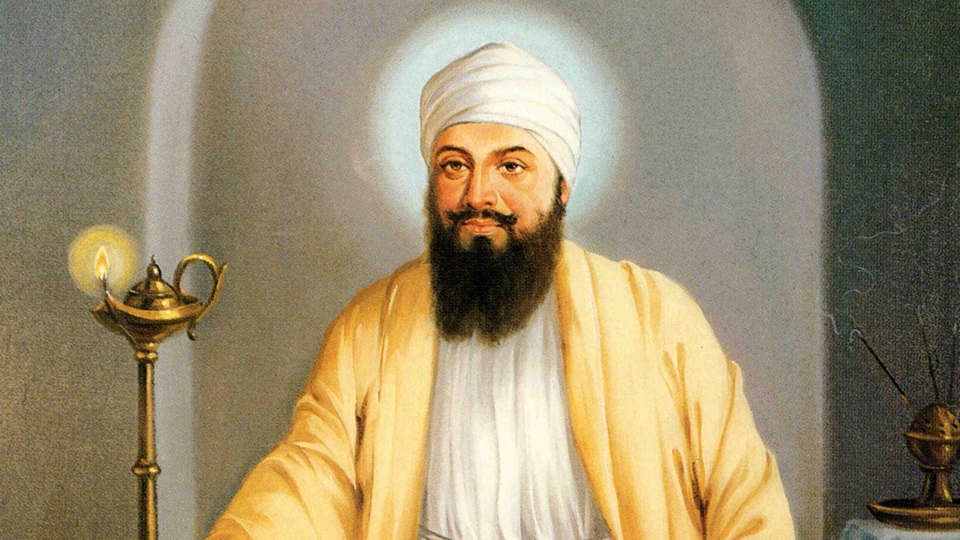 Guru Tegh Bahadur traveled to distant regions to share the teachings of Guru Nanak. He was well-revered by the public regardless of religious affiliation, and ultimately gave his life to protect the religious freedom of others. Guru Tegh Bahadur led the Hindus in resisting the Indian Emperor’s forced conversion to Islam. When he was killed in this struggle, he became the second martyr of the Sikh religion. 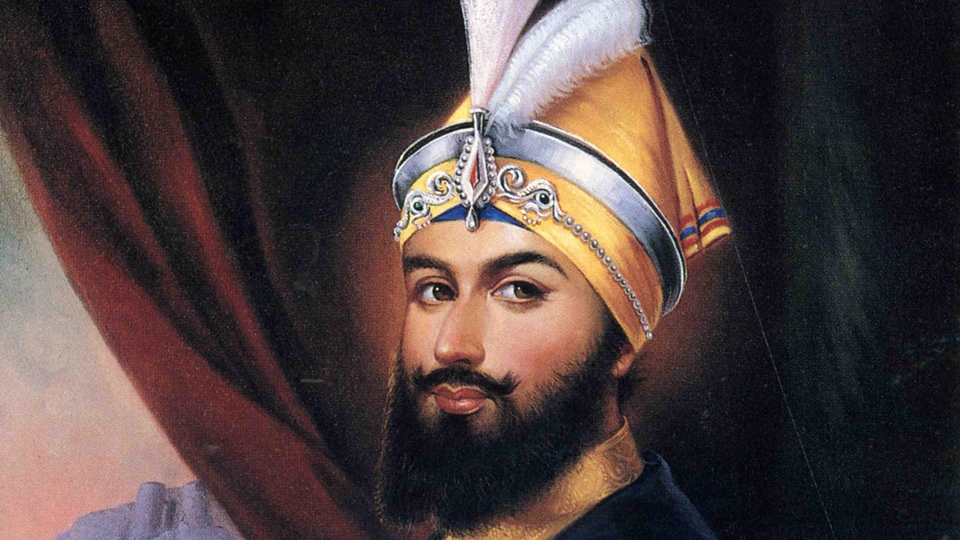 The son of Guru Tegh Bahadur, Guru Gobind Singh became the last living Sikh Guru and played a vital role in shaping the modern Sikh religion. To foster a renewed sense of courage within the Sikh community during a time of rampant social oppression and religious intolerance, Guru Gobind Singh strengthened the foundation of the religion through the formation of the Khalsa. This collective body of all Sikhs who have committed to upholding core tenets of moral conduct and protection of the oppressed lies at the heart of Sikhism today.  Guru Gobind Singh’s historic actions helped define the identity of Sikhs, who began wearing the 5 K’s—including unshorn hair under a turban—to represent their commitment to standing up for justice at all times. 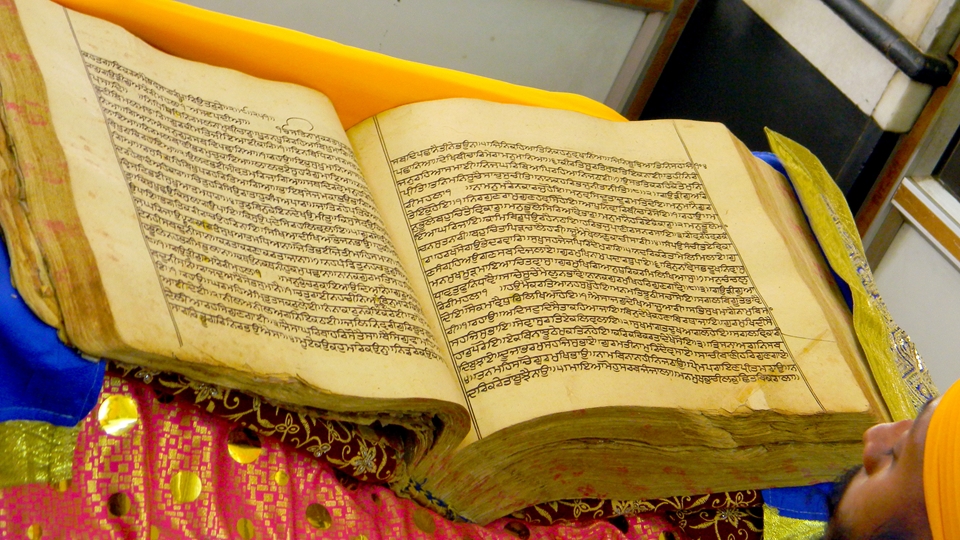 When Guru Gobind Singh knew he didn’t have long to live, he announced that the final Sikh Guru would be an eternal one—the Guru Granth Sahib.  Written in Gurmukhi, this holy book of sacred texts includes all of the words of the Sikh , building on the first official Sikh scripture, the Ati Granth. It is considered the Word of God, spoken by His messengers on Earth.

The Guru Granth Sahib contains the hymns of 36 composers, written in twenty-two languages.  Contributions from Hindus, Muslims, and members of society that were considered “low class” are included in the scriptures.

The main teachings of the Guru Granth Sahib are:

A note on imagery: We would like to thank Sikhnet for providing the images of the Gurus. Artists' renditions are for inspirational purposes only. Although some of the Gurus did pose for paintings, unfortunately none of these historical paintings have survived. Sikhism also rejects any form of idol worship including worship of pictures of the Gurus.