"We know music offers a more direct and contemplative means of communing with the teachings of our Gurus. For Sikhs, this is a beautiful way to enrich our faith, but we believe that even those who practice other faiths can find peace and spiritual solace in the transcendent Kirtan." - Kabir Partap Singh

In early February, Ustad Mohinder Partap Singh Ji peacefully transitioned into his next life. He was an incredible tabla and sitar player who captivated audiences for over 64 years alongside his two brothers Davinder and Ravinder Partap Singh, known all over the world as the “Partap Brothers.” We reached out to his son, Kabir, to remember the life of Mohinder Partap and the legacy Kabir carries on. 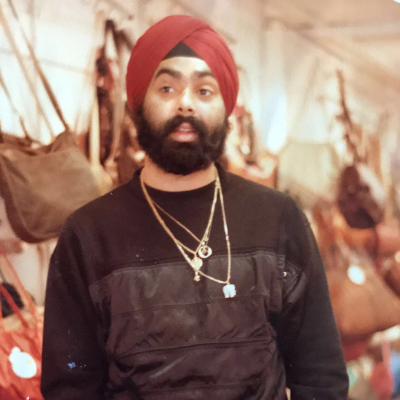 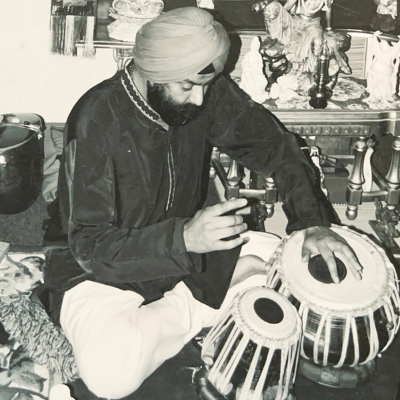 Can you tell us a little bit about where your dad came from and what led him to Indian Classical Music?

My father was born in Sangrur, in the Indian state of Punjab in October 1957.

Music was a part of his life for as long as he could remember. He began learning the tabla at only 6 years old! Even at that young age, he exhibited discipline and skill beyond his years, practicing for 4 hours a day or more. He was instructed and inspired by his father, Sant Partap Singh Ji, and his eldest brother, Davinder Partap both legends in their own right.

Mohinder went on to master some of the most complicated and forgotten taals including the Inder Taal and Ardh Sikhar Taal. With such incredible skill and contagious energy, Mohinder Partap and his family were a wonder to behold for the Indian Classical Community. He was one of the top talents of his generation on the Tabla.

For those who don’t know, who are the Partap Brothers?

The Partap Brothers are more than just my father and uncles. They represent and lead a storied lineage of traditional spiritual music determined to bring Puranthan Gurmat Sangeet, Ghazals, Tumri and Sufi music to the global stage and beyond.

The group performs awe-inspiring Kirtan and Indian classical music. They have taken over four decades to perfect their skill and performances so that they can present the holy words contained in the Guru Granth Sahib Ji to the world in a manner that it intended to be performed.

We know music offers a more direct and contemplative means of communing with the teachings of our Gurus. For Sikhs, this is a beautiful way to enrich our faith, but we believe that even those who practice other faiths can find peace and spiritual solace in the transcendent Kirtan. The Partap Brothers are truly a masterclass in Indian Classical music and more importantly brotherhood. 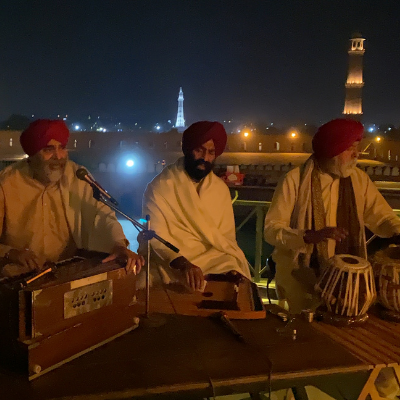 What made Mohinder, Ravinder, and Davinder decide to start performing together?

There wasn’t any single moment in time, it was just meant to be. It was their destiny to shape the Indian Classical Music world in the way they did and continue to do so. Their brotherhood is so beyond comprehension, it's almost impossible to find the words.

What are some of the accomplishments your father was most proud of?

Despite all of his musical accomplishments and accolades, he was most proud of his family. His father and brothers were his original inspiration to pursue the art of performing and music and continued to inspire him throughout his life. He married my mother, Kawanjit Singh in 1988 and raised my sister and I with endless love.

He was proud of any moment he got to play tabla and accompany his two brothers. Most importantly, he was genuinely in awe of his older brother Davinder Partap Singh. They were best friends, soulmates, and brothers. The last activity Mohinder did before his passing was playing tabla while his brother Davinder Partap and sang the Shabad “Gur Hath Dhariyo Mera Matha.” He fulfilled his duty to his brothers and family endlessly. 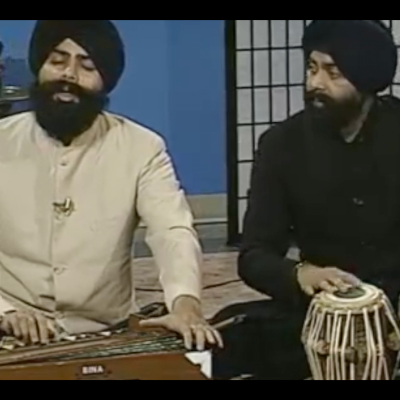 Mohinder really seemed to value family. What are some of the lessons he taught you about the importance of family?

My dad really emphasized family, not just through words, but by his actions. In an extended family, I didn't even know what the word ‘cousin’ meant until I became of age. We were simply all brothers and sisters. In terms of lessons, he always told me that people will never remember what you say, but always how you made them feel. It’s all about respect and love in the Partap family. I really do try to live my life according to this principle.

What is a memory with your father that you cherish?

I had the great honor of accompanying my father and uncles to Pakistan in 2019. We were able to mark the 550th birth anniversary of Guru Nanak Dev Ji as some of the first Sikhs to enter and pay our respects. While there, we saw how my grandfather Sant Partap Singh Ji was head Ragi at Gurdwara Dera Sahib and visited other countless historic Gurdwaras, tying our lineage and deep ancestral history together as one. It was a trip of a lifetime.

What has your journey with music been?

It’s simply been the biggest blessing of my life. My earliest memories as a child are waking up to the sounds of tabla, sitar, violin Saturday mornings, and being entrenched in this beautiful world of sangeet. It's shaped every facet of my life and is essentially my entire soul. I'm so proud to be part of this musical family and to carry the Partap name.

Do you draw inspiration from your father and uncles?

Absolutely. I know my musical prowess and unshakeable self-assurance stem from my upbringing in a close-knit and musical family. Growing up with their example and encouragement led me to pursue my own musical path. In fact, they dared me to do something different. To be a trailblazer as they were decades earlier. To challenge the status quo at every opportunity. That's the reason why I sing American Standards, or alternative r&b and anything in between.

How did Sikhi impact your father’s life?

Sikhi permeated every aspect of my father’s life. From a young age, he was aware of the blessings that were bestowed upon him by his elders and especially his mother. He learned to play the tabla, memorized Gurmukhi, and carried the torch with his elder brother Davinder Partap. The words of our Gurus came alive when he played, and that energy flowed through him at all times. He really was a man of God. 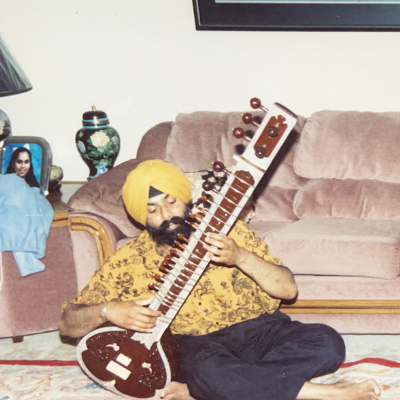 How do you plan on carrying the legacy forward?

To continue spreading the Partap name to the ends of the Earth. I'm working on a project that I hope to announce this Spring or Summer. It's quite overdue and something my father and I frequently spoke about. Now more than ever, it's so important to honor our elders and I know the best is yet to come. Stay tuned for more.

*Update on 7/29/2021: You can bring the story of the Partap Brothers to life by backing their Kickstarter for a documentary series, "Partap: Three Brothers. One Musical Journey."