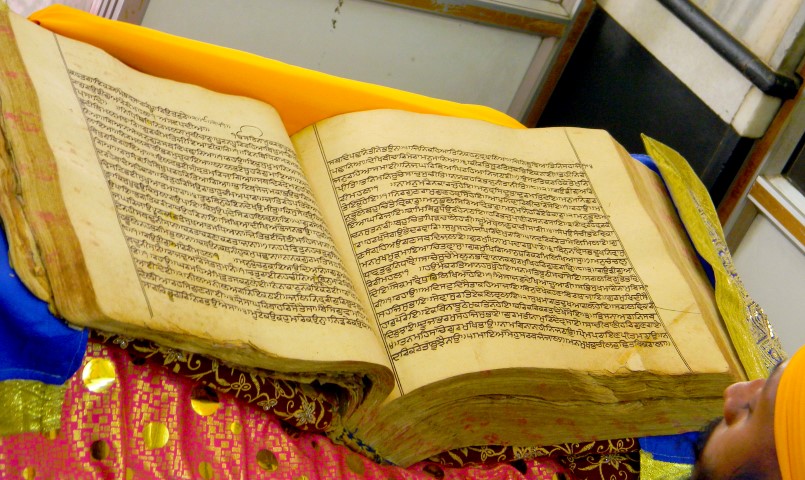 With the formation of the Khalsa, Sikhs were more unified and organized, earning their community greater attention. In 1708, Guru Gobind Singh was targeted for assassination by a leader of a different community who’d grown jealous of his relationship with local authorities. Though he survived the attack, Guru Gobind knew he didn’t have long to live. It was time to name his successor. In a small ceremony, Guru Gobind announced that the final Sikh Guru would not be a man, it would be a book—the Guru Granth Sahib. The eternal tome included all of the words of the Sikh Gurus, as well as some writings of Hindu and Muslim saints of that period, building on the first official Sikh scripture, the Adi Granth. As the next two hundred years brought Sikhs great challenges and opportunities, the Guru Granth Sahib was in their hands every step of the way, representing all Sikh spiritual heritage and providing hope, guidance, and reassurance of their path in the world.