Turban Day in Times Square is organized by Sikhs of New York and is the largest turban tying event in the world. More than 30,000 turbans have been tied from people from around the world to educate about the significance of the Turban.

The Sikh turban represents a Sikh’s commitment to stand up for equality for all people and to fight injustice.

This year Ben & Jerry's Ice Cream will join Sikhs of New York and We Are Sikhs to help raise awareness of the Sikh Turban.

During Turban Day, event attendees can experience a traditional turban tying and learn about the meaning and history of the Sikh turban and get free Ben & Jerry's Ice Cream! 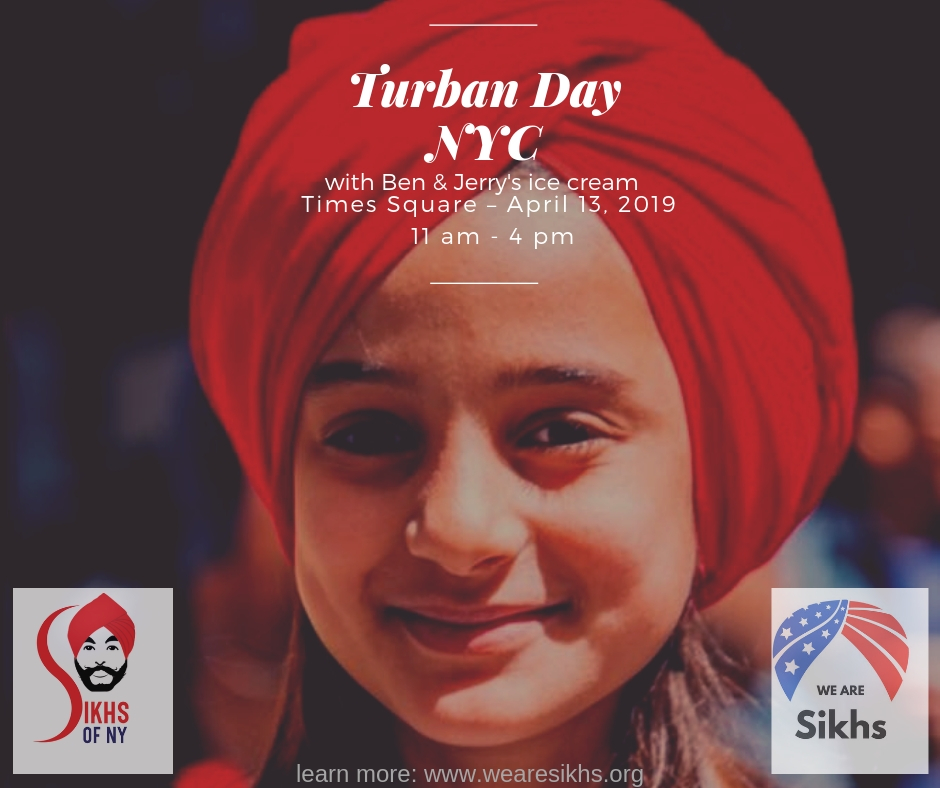