"In the Guru's house spiritual and temporal powers shall be combined." - Guru Hargobind Ji

Guru Hargobind Ji was the son of Guru Arjan Dev Ji and Mata Ganga Ji. He became the sixth Sikh Guru at the age of 11, after the martyrdom of his father by Emporer Jahangir.

Guru Hargobind Ji built the Akal Takht, which became the seat of Sikh social and political power. He established the city of Kiratpur which is the home to Kiratpur Sahib, a highly regarded Gurdwara. Guru Ji also invented the Taus, a musical instrument designed to mimic the sound of peacocks.

He is remembered for establishing the Sikh army, practicing radical forgiveness, exemplifying selflessness, and instituting the Sikh teaching of Miri Piri.

The Sikh Army
After the death of Guru Arjan Dev Ji, it became clear that Sikhs needed to incorporate armed and martial training in order to defend themselves and those in need. Up until this point, Sikhs had been relatively safe from persecution.

Guru Arjan Dev Ji’s arrest, torture, and martyrdom signified a shift in the political sentiment toward Sikhs. While previous Gurus could emphasize spiritual teachings, Guru Arjan Dev Ji knew his son would also have to protect and direct the Sikhs in matters of state and security.

He sent a Sikh messenger to his young son, Guru Hargobind Ji, saying, "Let him sit fully armed on his throne and maintain an army to the best of his capacity."

Guru Hargobind Ji excelled at this mission. He maintained a highly esteemed court (Darbar) and was phenomenal in all matters of state. He acquired and trained 700 horses, 300 horsemen, 60 gunners, and 500 infantry. He built the Fortress of Steel (Lohgarh) in Amritsar and instructed the construction of a thundering drum (nagara) which was used to communicate.

He personally fought alongside the army as Mughal forces, during the reign of Shah Jahan, repeatedly attacked the Sikhs in Amritsar, Kartarpur, and elsewhere. His strength and skill in battle inspired courage in his fellow Sikhs and began the legacy of Sikh warriors. 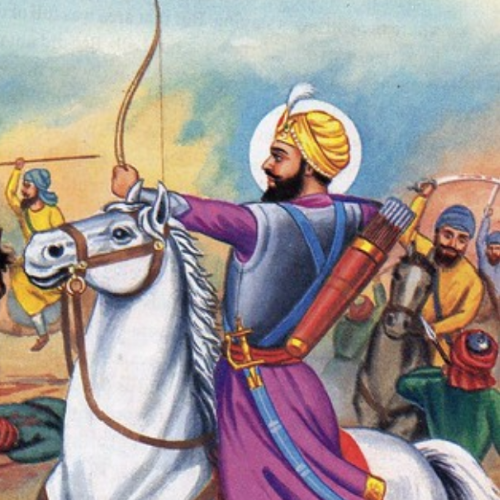 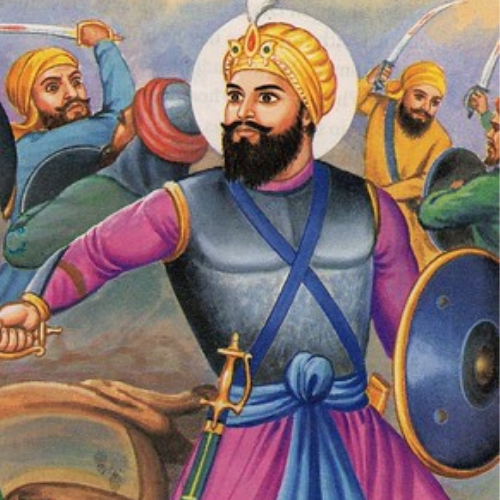 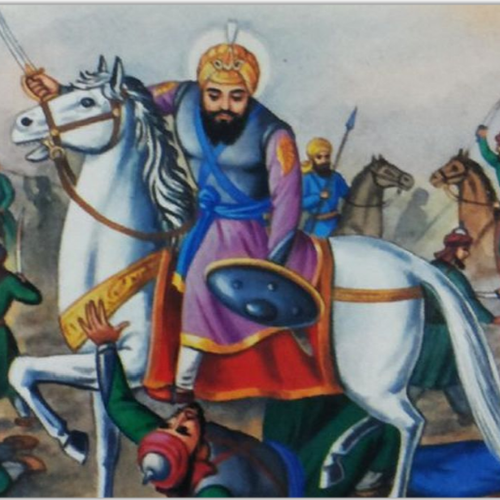 Forgiveness
While Guru Hargobind Ji oversaw the formation of the Sikh army, in large part, due to the martyrdom of his father, he never allowed vengeance or hatred to motivate him. Instead, he sought opportunities for forgiveness and reconciliation when possible.

His dedication to forgiveness became especially evident when Emperor Jahangir invited Guru Ji to visit him in Delhi. The invitation was influenced by anti-Sikh voices around the emperor who were concerned about the rapid spreading of Sikhi and the growing army Guru Ji was forming. These parties told the emperor that Guru Hargobind Ji wanted to avenge his father’s death.

Emperor Jahangir’s invitation was intended to test the Guru’s character and assess his intentions. When Guru Hargobind Ji arrived, the emperor and his powerful wife were overcome with admiration for Guru Ji’s holiness and grace. They became friends for a while, and Guru Hargobind Ji even saved the emperor’s life from a lion on one occasion.

The relationship between Guru Hargobind Ji and Emperor Jahangir was a testament to forgiveness. Guru Ji could have hated the emperor, but instead, he accepted friendship. 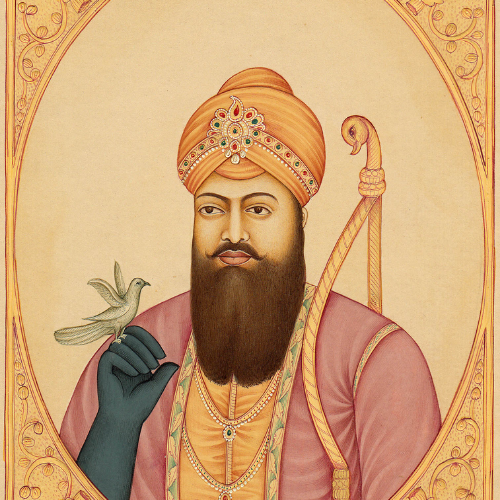 Selflessness
Ultimately, his relationship with Emperor Jahangir would falter as the influential members of the emperor’s court continued their attempts to get rid of Guru Hargobind Ji.

When Emperor Jahangir grew sick the advisors had the astrologers tell Emperor Jahangir that the only cure was to have a holy man pray for him at the fort of Gwalior. Guru Hargobind Ji was ordered to go and he willingly prayed at Gwalior for one year as an act of selfless service.

When Emperor Jahangir sent word that Guru Hargobind Ji should be released Guru Ji refused to leave without the 52 imprisoned Hindu Rajas he had met at Gwalior. Emperor Jahangir offered a compromise that Guru Ji could free as many Rajas as he wanted, so long as they all could hold onto his clothes.

Guru Hargobind Ji remained in captivity until a cloak with 52 tassels could be made and brought to him. He then walked out of the fort with all 52 Rajas holding onto him. Today this act of selfless service is still celebrated on Bandi Chorr Divas. 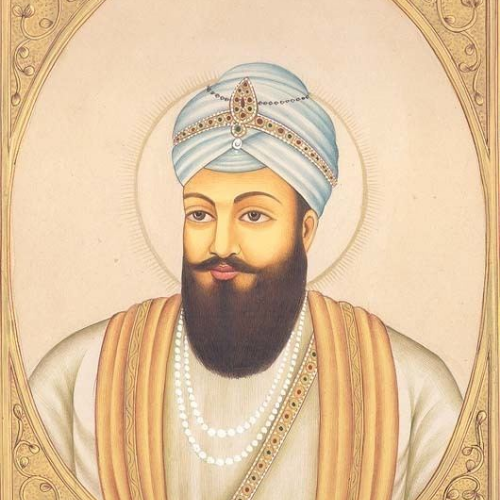 Miri Piri
Guru Hargobind Ji was given the task to arm and defend Sikhs and those in need. Throughout his life, he used the power of prayer and the power of the sword to fight oppression. These actions exemplified the teaching of Miri Piri that he introduced.

When Guru Hargobind Ji was being instituted as Guru, he requested to be adorned with two identical swords. He explained that these two swords would represent the twofold duties of every Sikh: Miri and Piri.

Miri refers to a person of political or social power. Piri refers to a person with spiritual authority. Together, they empower Sikhs to be active members of the world around them while internally working to remove their ego and see Ik Onkar (oneness) in all. Sikhs continue to celebrate this teaching on Miri Piri Divas in July. 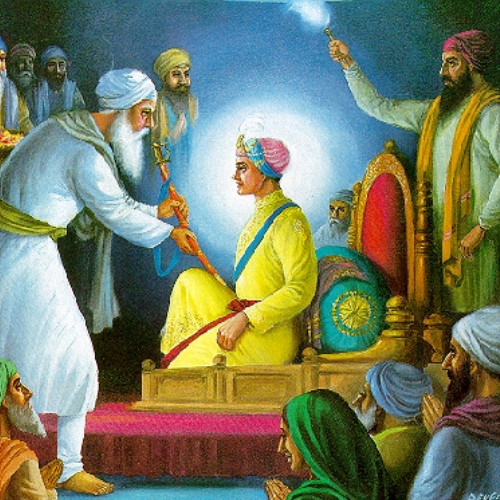